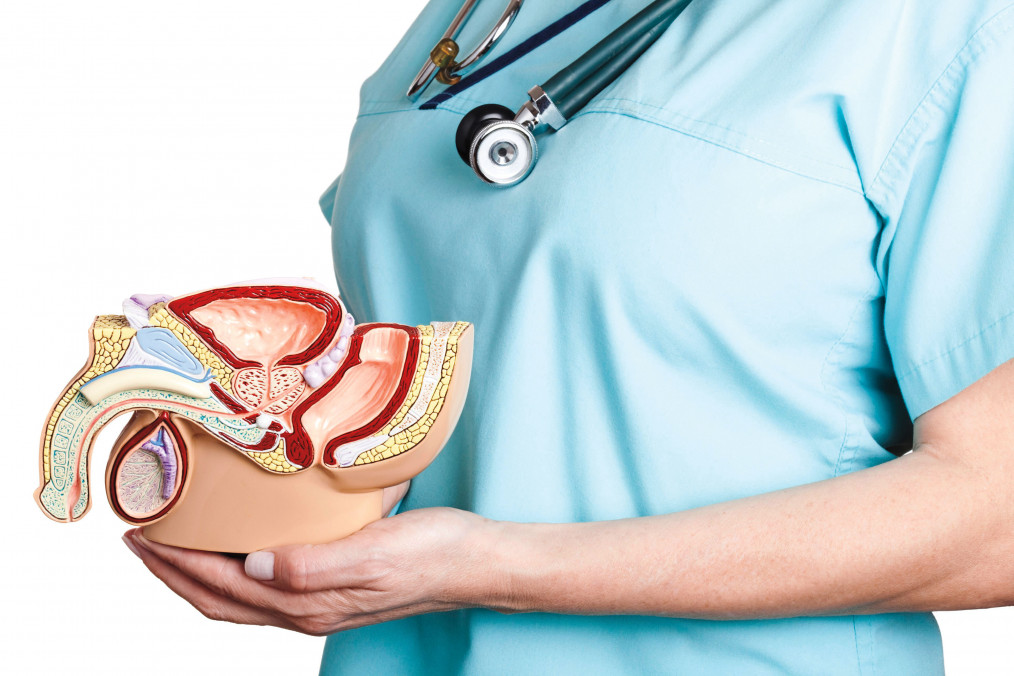 Metastatic castration-resistant prostate cancer, a type that is usually less responsive to immunotherapy, appeared to respond to combination treatment with Opdivo (nivolumab) and Yervoy (ipilimumab), according to a report in Cancer Cell.

“Historically, prostate cancer has been very resistant to checkpoint inhibitors because it is immunologically cold with few tumor-infiltrating T cells,” Padmanee Sharma, MD, PhD, of the MD Anderson Cancer Center in Houston, said in a press release.

Opdivo is a monoclonal antibody that blocks PD-1, a receptor on T cells that regulates immune function. PD-1 can sometimes be commandeered by a tumor to turn off immune responses. Drugs that block PD-1 or its binding partner, known as PD-L1, can release the brakes and restore T-cell activity to help fight cancer. Tumors with higher PD-L1 levels tend to respond better to this type of immunotherapy. Yervoy (ipilimumab) blocks CTLA-4, a different immune checkpoint that turns off immune responses by suppressing T-cell multiplication.

While such immune checkpoint therapies can successfully treat immunologically “hot” cancers, including melanoma, non-small-cell lung cancer, bladder cancer and others, immunologically “cold” tumors, such as those seen in prostate cancer, that contain few T cells can be resistant to such therapies.

Given that previous research has found that Yervoy can ramp up the production of T cells within prostate tumors, Sharma and colleagues conducted the Phase II CheckMate 650 trial (NCT02985957) to assess the Opdivo and Yervoy combination.

The study enrolled 90 patients with metastatic castration-resistant prostate cancer, meaning it no longer responded to testosterone-lowering hormone therapy. These individuals were divided into two groups. The pre-chemotherapy group included 45 people with asymptomatic or minimally symptomatic cancer that had progressed on hormone therapy, but they had not yet received chemotherapy. The post-chemotherapy group included 45 people who had experienced disease progression after receiving chemotherapy. In both groups, 20% had received the prostate cancer vaccine Provenge (sipuleucel-T).

The team administered 1 milligram per kilogram of Opdivo and 3 mg/kg of Yervoy every three weeks. The median follow-up period was 11.9 months and 13.5 months in the two groups, respectively.

The researchers observed an objective response rate—the proportion of individuals with a reduction in tumor size—of 25% in the pre-chemotherapy group and 10% in the post-chemotherapy group. Two patients in each cohort had complete responses to the treatment. The disease control rates, or the proportion of individuals whose tumors either shrank or remained stable, were 47% and 13% for the two cohorts, respectively.

“These results suggest that a combination approach to increase T-cell infiltration and then block inhibitory pathways may be a useful strategy for treating these patients,” said Sharma. “Going forward, we plan to optimize the schedule and dosing to improve the safety profile.”

The researchers were also searching for biomarkers that might have been linked to the clinical responses observed in these participants. They found that people with a higher tumor mutational burden (TMB) had better responses to the combination therapy. For those with TMB values above the median, the objective response rate was 50%, PFS time was 7.4 months and overall survival was 19.0 months. On the other hand, for those with a lower TMB, the objective response rate was just 5.3%, PFS was 2.4 months and overall survival was 10.1 months.

Grade 3 or 4 (severe or life-threatening) treatment-related adverse events were observed in 42% of the pre-chemotherapy cohort and 53% of the post-chemotherapy cohort; the most common side effects were diarrhea, pneumonitis, increased lipase and colitis. Adverse events led to discontinuation in 31 individuals across the two cohorts. There were two treatment-related deaths in each cohort.

The researchers cautioned that their results were limited by the study population’s small size and short follow-up period.

Based on this preliminary data, the trial has been expanded to include 405 enrollees who are being randomized to different doses and schedules, with the intention of enhancing efficacy and reducing toxicity.

“The data generated to date are encouraging, but we clearly have more work to do in the expansion cohort as we try to administer effective combination strategies with fewer toxicities,” Sumit Subudhi, MD, PhD, of the MD Anderson Cancer Center, said in the press release.

Click here to read the study abstract in Cancer Cell.

Are Coronavirus Vaccines Safe and Effective for People With Cancer?

The two COVID-19 vaccines that have been authorized for emergency use by the ...

The Latest Efforts in Precision Oncology for Advanced Prostate Cancer

The management of advanced prostate cancer is rapidly evolving with the ...