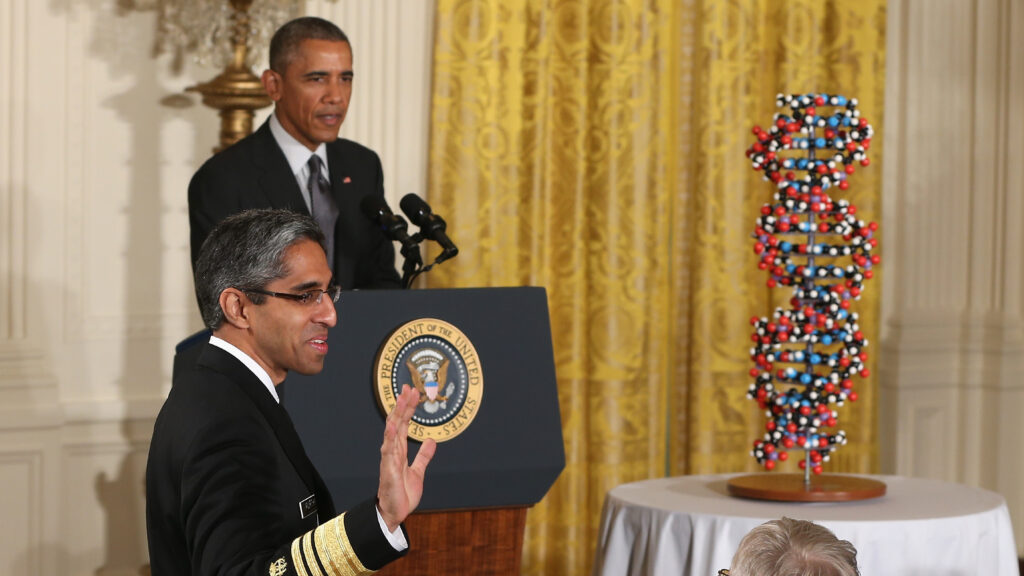 Prominent public health experts are pressuring President-elect Biden and his team to include a doctor or experienced health professional in the Cabinet — and growing increasingly alarmed this week that their warnings will go unheeded.

Several former state and local health officials, leaders of public health advocacy groups, and representatives from physician groups have placed calls to contacts advising Biden, drafted formal correspondence to the transition, or, in the case of numerous physician groups, worked to draft open letters stressing the necessity for Biden to appoint high-ranking officials with medical expertise.

The push comes after the Biden transition this week informed Vivek Murthy, the former surgeon general and a top Biden Covid-19 adviser, that he was no longer under consideration to lead the Department of Health and Human Services. Murthy, instead, has been asked to serve once again as U.S. surgeon general, Politico reported. He previously held the post from 2014 to 2017, when President Trump dismissed him three months following his inauguration.

While it is more common for federal health secretaries to have experience in government or management than in medicine or public health, the groups have argued that the Covid-19 pandemic and other ongoing health crises require a leader who won’t undergo a trial-by-fire education in health care issues.

“In addition to having the full confidence of the president-elect, having a health background is extraordinarily important,” said Georges Benjamin, the former Maryland health secretary and the president of the American Public Health Association. “It’s not something that one needs to start trying to learn in their first Cabinet job.”

While the officials did not cite any of Biden’s rumored health secretary candidates by name, their push appears to be a tacit endorsement of shortlisters like Gov. Michelle Lujan Grisham of New Mexico, who formerly served as the state’s health and aging secretary, or other candidates with similar experience. Rumored picks also include Rebekah Gee, a physician and hospital executive who previously served as Louisiana’s health secretary, and Mandy Cohen, the North Carolina health secretary who is also seen as a likely candidate to lead the Centers for Medicare and Medicaid Services.

Other potential picks, like Gov. Gina Raimondo of Rhode Island, who Politico reported this week had become an HHS frontrunner, have never served in a health care role. Raimondo, however, said in an interview on Thursday that she would not resign as governor to serve in Biden’s Cabinet.

Physician groups are urging Biden to appoint a physician, specifically, to a high-level post — preferably one more prominent than Murthy’s likely role as surgeon general or that of Anthony Fauci, the director of the National Institute of Allergy and Infectious Diseases, who is likely to retain his role as a prominent Covid-19 communicator following Biden’s inauguration.

“Physicians are uniquely positioned to address these challenges, whether they be the substance abuse disorder epidemic, decreasing vaccination rates, increasing prevalence of multiple chronic conditions, or the mental and behavioral health challenges facing many individuals in our country,” said Shawn Martin, the executive vice president and CEO of the American Academy of Family Physicians. “The academy would very much support a physician being in a position of influence and leadership.”

AAFP and other groups are working in partnership on a public letter likely to be delivered to Biden’s transition team by the end of the day Thursday, Martin said.

In their communications to Biden, some of the public health officials have suggested Biden was falling short of his promise to elevate scientists and doctors to the forefront of his administration. Throughout the campaign, the president-elect pledged to “listen to scientists” and “trust the doctors” if elected.

“Biden knows how to mount an effective crisis response and elevate the voices of scientists, public health experts, and first responders because he has done it before,” Biden’s campaign wrote on its website.

Politico also reported that Marcella Nunez-Smith, the Yale physician and researcher, will be appointed to serve Biden’s administration in an advisory capacity, and that Jeffrey Zients, a former Obama administration deputy, would serve in a Covid-19 “czar”-like role akin to Ron Klain’s Obama administration position as Ebola response coordinator.

The Biden transition team did not immediately respond to a request for comment.

Despite the pressure from outside groups, choosing a physician as health secretary is far more the exception than the norm. Neither of President Obama’s two health secretaries, Kathleen Sebelius and Sylvia Mathews Burwell, were doctors, nor was Donna Shalala, who led HHS for eight years under President Clinton.

Their levels of health care experience varied substantially: Burwell had previously worked for the global health-focused Bill and Melinda Gates Foundation and as a hospital executive; Sebelius had served as Kansas’ governor and insurance commissioner; and Shalala had previously worked as a university president and government official under President Carter. Tom Price, President Trump’s first HHS secretary, was an orthopedic surgeon. His successor, Alex Azar, is a former pharmaceutical executive, but does not have formal training in public health or medicine.

In a world of unprecedented access to information and incredible connectedness, ...

There are serious signs the Food and Drug Administration is getting cold feet ...