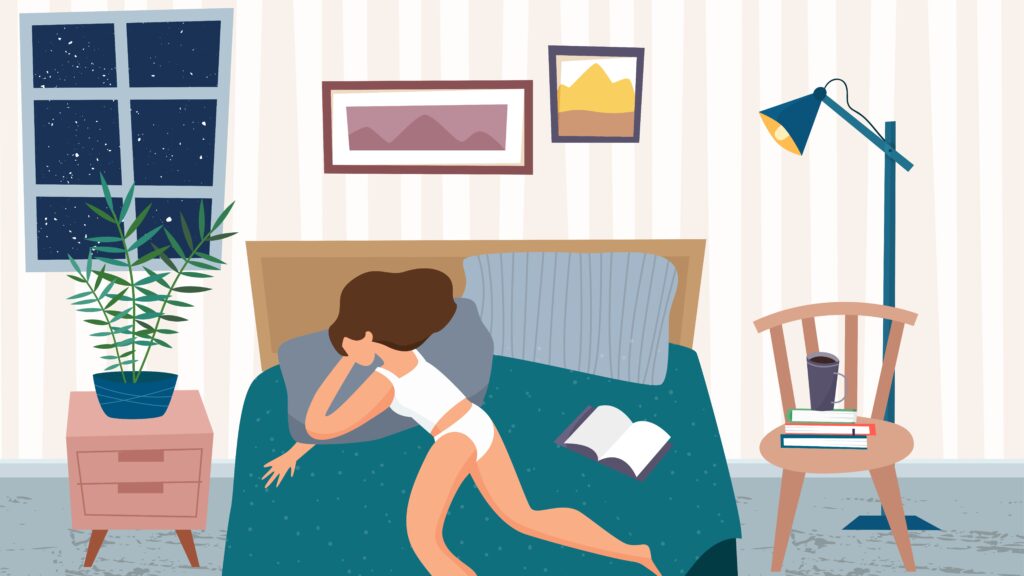 In October 2015, Nick Obradovich was living in San Diego when an intense heatwave smothered Southern California, with temperatures spiking to 99 degrees during the day and hovering in the mid-70s at night — nearly eight degrees warmer than an average October.

“I was hot and grumpy,” he said. “I just wasn’t getting much sleep with the nights not getting as cool as they normally would be.”

With nighttime temperatures on the rise due to climate change, Obradovich, then a graduate student at the University of California, San Diego, wondered if others were sleeping as poorly as he was, particularly people like him who didn’t have air conditioning. So he started digging through the data. Not only did he find a correlation between rising ambient temperatures and disturbed sleep among U.S. residents, but in a recent global analysis of sleep data from fitness band users, Obradovich and his colleagues also found people were sleeping less on unusually warm nights.

So far, the amount of sleep people are losing to hotter temperatures remains minimal. But it’s a problem some experts predict will likely get worse in the years to come — and warrants attention sooner rather than later.

“Climate change was not on the list of things on our radar,” said Rafael Pelayo, a sleep specialist at the Stanford Sleep Medicine Center and president of the California Sleep Society. “I think it should be now.”

Humans spend nearly one-third of their lifetime either sleeping or attempting to do so. Decades of research has identified temperature as an important factor in how well a person sleeps, with somewhere between 60 and 67 degrees identified as the sweet spot. As night falls, body temperatures drop, coinciding with the increased secretion of sleep hormone melatonin. When their environment is warmer, people sleep poorly. “If you’re too hot, it’s a kind of external stimulus that wakes you up,” said William Wisden, a neurobiologist at Imperial College London. “It’s a distraction, just like a loud noise.”

But the resulting loss of sleep — known as sleep debt — could affect a person’s health. The Centers for Disease Control and Prevention has previously found that 1 in 3 American adults don’t get enough sleep, making them vulnerable to chronic conditions. Still, though, the connection between sleep health and climate change hasn’t garnered much attention, in part because “many might think of it as a future concern,” said John Lopos, chief executive of the National Sleep Foundation.

But researchers like Obradovich are hoping to shed more light on the issue as a present-day problem, too. He and his colleagues assessed the link between sleep debt and temperature among 765,000 participants in an annual federal health survey. The team compared the number of days each participant reported insufficient sleep in the month prior and the average nighttime temperature for that month in a participant’s city.

Between 2002 and 2011, people reported more restless nights when temperatures exceeded baseline daily normal values. This effect was particularly stark in the summer and among the older adults, who find it harder to regulate their body temperature, as well as low-income individuals, who may not have access to air conditioning.

One limitation of the study, though, is that self-reported measures are often imprecise.

“People aren’t really adept at estimating how well they’ve been sleeping and their subjective disposition at the time of taking the survey can really impact how well and how much they think they’ve slept,” said Kelton Minor, a graduate student in social and behavioral data science at the University of Copenhagen.

To objectively study sleep duration, Minor and his colleagues collaborated with Obradovich to assess 7.4 million nighttime sleep records from nearly 47,000 fitness band users in 68 countries. They compared those records to local meteorological data. In a recent paper posted on the preprint server arXiv, which means the paper has not been peer-reviewed, the researchers reported seven to 11 minutes of nightly sleep loss between 2015 and 2017 when temperatures exceeded 77 degrees. They found that not only did it take people longer to fall asleep on unusually warm nights, but that they also woke up slightly earlier than normal.

By the end of the century, under a high emissions business-as-usual scenario, Minor and his colleagues estimate that the majority of the global population could lose over 11 hours of sleep per year. They also expect the impacts of climate change to be more pronounced for residents of lower-income countries as well as older adults and women.

That might not sound like much in total. Indeed, some experts have said they aren’t yet convinced the small amount of nightly sleep loss shown in studies like Minor’s will lead to biological changes or significant impacts on people’s health. Studies looking at more significant loss of sleep have found that over time, disturbed sleep could elevate the risk of obesity and hardened arteries, as well as potentially disrupt memory formation.

Minor, however, argued that as unusually warm nights become more frequent, the effects could add up. “We know that sleep duration is already curtailed in many societies around the world,” he said. “Heat waves, for instance, can often last for several days and that this accrual of sleep loss, especially at the high end of the temperature distribution, can amount to biologically significant sleep loss.”

He added that the study’s estimates of sleep loss might be conservative, given that their data represents potentially affluent individuals who can afford such fitness bands. The researchers also didn’t find evidence that people who lost sleep napped more during the day. Nor did they see that people’s sleep improved as the warm days stretched on, which could suggest people’s bodies were adjusting to the heat.

Some experts in the field say there are still a number of unanswered questions about how sleep and heat are intertwined.

“It’s a much more complicated question than simply assuming that we’re passive to temperature shifts,” said Jerome Siegel, a sleep scientist at the University of California, Los Angeles. “True, some people won’t be able to do anything about it, and others [using air conditioning] will hardly notice the difference.”

In the meantime, some sleep specialists are starting to raise concerns about how sleep disturbances due to rising temperatures might affect their patients. Pelayo, the Stanford specialist, said he is especially concerned for his patients with psychiatric disorders or other underlying medical conditions who already don’t sleep well. “If you already have an illness, getting less and lower quality sleep is going to make it even worse,” he said.

Earlier this year, Pelayo also heard several patients who were affected by the wildfires — another climate change-linked calamity — complain about poor sleep. “The air quality definitely affected the way people were sleeping, but also the uncertainty,” he said. “There are people who were evacuated and their sleep worsened during that period.”

In a 2018 paper published in Sleep Medicine Reviews, researchers noted diminished sleep times and disturbed sleep, especially among vulnerable populations impacted by climate disasters like hurricanes, floods, and wildfires. In some cases, those sleep issues persisted for months after the event.

We are again at war with another unseen enemy