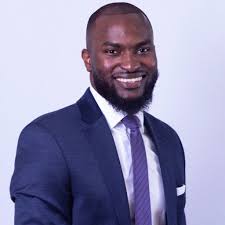 Seven days of direct acting antiviral prophylaxis could be enough to avoid a hepatitis C viral (HCV) infection for a HCV kidney recipient from a HCV positive kidney donor.

The researchers reported the entire experience based on an adaptive iterative trial design where prophylaxis with SOF/VEL was initially extended to 7 days and ezetimibe was added for a second cohort.

In the past, studies have described a 12-week course of DAA for HCV transmission from infected donors to negative kidney transplant recipients. However, this strategy is limited by high costs and a lack of access to DAA.

One alternative to the limitations could be a prophylactic strategy that is safer and cost-effective.

In the study, the investigators examined wait listed patients who were absent of a living donor, had panel reactive antibodies of at least 50%, were at least 1 year prior transplant, and were in absence of liver disease.

Overall, the study included 100 patients with a mean age of 56 years old. These patients received D+/R- transplants between November 2017 and April 2020. The mean wait time to transplant from enrollment was 34 days and the mean KDPI was 67%.

At a median follow-up of 10 months (IQR: 1-30 months), the researchers found graft survival was 99% and patient survival was 98% with no cases of liver dysfunction.

For the first group, 10 patients received 1 dose of SOF/VEL immediately pre-transplant, with a second dose on post-transplant day 1. The viral transmission was 30% in this group.

For the second group, 42 patients received 2 additional treatment doses on days 2 and 3 post-transplant. For this group, viral transmission rate decreased to 9.5%.

All patients then achieved SVR with full DAA therapy in the first 2 groups.

For the third group, prophylaxis was extended to 7 days for the 28 patients with further reductions found in transmission to 3.5%. For the final group, 19 patients received ezetimibe and SOF/VEL for 7 days and viral transmission was 5%.

“A 7-day DAA prophylaxis is effective in preventing donor-derived HCV transmission, can result in significant cost-savings and increase access to transplants,” the authors wrote. “Adding ezetimibe to SOF/VEL did not provide an additional benefit in preventing viral transmission.”

While it is known that patients who suffer from Clostridioides difficile ...

A regimen of tenofovir disoproxil fumarate (TDF) could be more beneficial than ...