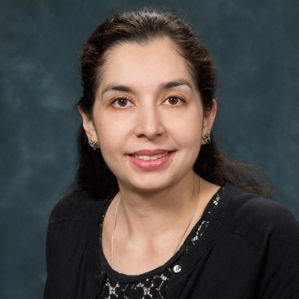 A new study from AAO 2020 is the first to show a significant association between peripapillary vessel density loss and progression of diabetic retinopathy.

A study presented at the American Academy of Ophthalmology (AAO) 2020 Virtual Conference showed that optical coherence tomography (OCT) angiography metrics at baseline have the potential to predict risk of diabetic retinopathy progression at year 1.

The investigators performed color fundus photography as well as 3×3 and 6×6 macular scans, which were analyzed by a reading center.

They defined disease progression as either a ≥2-step increase in DRSS score or the development of diabetic macular edema (DME).

Thus, they enrolled a total of 167 individuals, 77 of which were affiliated with sites that had OCT angiography machines available. Within that subgroup, 73 patients had long-term progression data over the course of 1 year.

In an interview with HCPLive®, study investigator Nadia Waheed, MD, MPH, Retina Specialist and Associate Professor, Tufts University School of Medicine, suggested that these associations were not particulary surprising.

“Intuitively, we’ve always known that,” she said. “We do fluorescein angiography to give us an idea of how the patient is doing and how the patient’s vasculature is doing. And this is kind of just a direct correlate to that.”

What Is the Cross-Specialty Collaboration for Retina Disease?

A look at how the specialty functions in telemedicine, and how it could work ...

Patients With Diabetes and CVD on Empagliflozin Have Fewer CV, Renal Events

Empagliflozin was effective at reducing risk for cardiovascular and renal events...