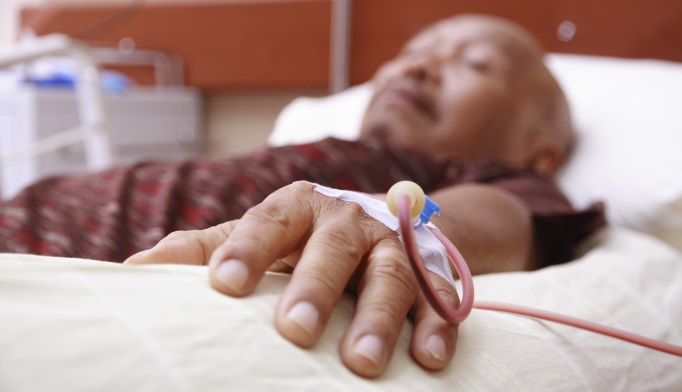 There was no efficacy benefit for modified dosing of nivolumab plus ipilimumab in a community-based phase 3b/4 trial among patients with advanced renal cell carcinoma (RCC), according to a poster presented at the virtual 19th International Kidney Cancer symposium.

The current approved dosing for nivolumab plus ipilimumab for advanced RCC is based on the CheckMate 214 trial. The purpose of the phase 3b/4 CheckMate 920 trial was to evaluate a modified dosing scheme among patients with predominantly clear cell RCC, in cohort 1 of the trial, and standard dosing among patients with characteristics that were excluded from the original phase 3 trial in cohorts 2 to 4.

The CheckMate 920 trial was an open-label, nonrandomized study in which 200 patients with previously untreated advanced or metastatic RCC of any risk group were assigned to 4 different cohorts. Cohort 1 included patients with predominantly clear cell histology and a Karnofsky performance status (KPS) of at least 70% who received 6 mg/kg of nivolumab plus 1 mg/kg of ipilimumab every 8 weeks, alternating with nivolumab 480 mg every 8 weeks; the altered dosing was staggered every 4 weeks for up to 2 years or until disease progression, unacceptable toxicity, or withdrawal of consent. This presentation included the results of the cohort 1.

Treatment discontinuation due to study drug toxicity occurred among 18.9% of patients. The most common grade 3 or higher irAEs were diarrhea/colitis (7.5%), rash (4.7%), hepatitis (2.8%), and adrenal insufficiency (1.9%). There were no grade 5 irAEs. Corticosteroid treatment of at least 40 mg of prednisone or the equivalent was required among 36.8% of patients.

“With similar follow-up, efficacy measures with modified nivolumab plus ipilimumab dosing in CheckMate 920 showed no evidence of improvement relative to those seen with standard combination dosing in CheckMate 214,” Johanna C. Bendell, MD, of Tennessee Oncology in Nashville, and presenter of the study, said. She did caution, however, that direct comparisons could not be made due to differences in study designs.

As a result of this study, Dr Bendell concluded that “the observed antitumor activity reinforces continued use of the standard combination dosing.”

Study: No Need to Rush Surgery for High-Risk Prostate Cancer

Most study authors at the 2019 Society of Gynecologic Oncology (SGO) Annual ...