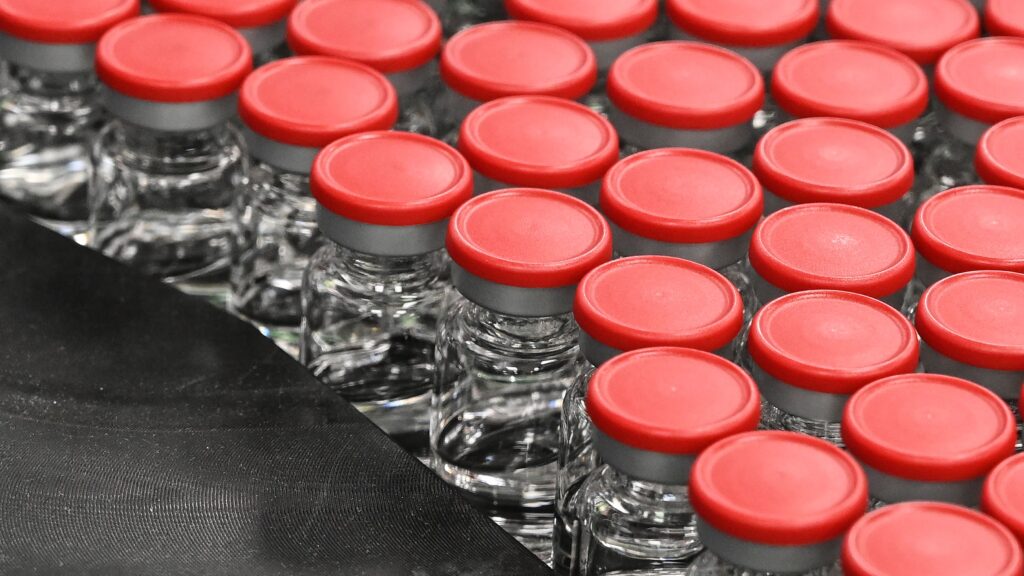 In an unusual move, 18 big generic drug makers have pledged to work with a leading nonprofit organization to accelerate access to Covid-19 treatments for low- and middle-income countries.

The idea is to encourage brand-name drug makers to negotiate deals to either license rights to their medicines or, where licenses are unnecessary, make it possible to increase manufacturing capacity, according to the Medicines Patent Pool, a United Nations-backed agency that works with the pharmaceutical industry to widen access to medicines and that helped organized the effort.

“This unprecedented cooperation from companies that are typically competitors represents a breakthrough in our efforts to level the playing field for access to drugs that will be crucial to controlling and defeating this pandemic,” said Charles Gore, the Medicines Patent Pool executive director, in a statement. He noted the goal is to target both new and repurposed treatments to combat Covid-19.

Separately, Gore told us that the generic companies would not be seeking exclusive licenses. At the same time, the companies may collaborate in instances where, for example, one drug maker needs active pharmaceutical ingredient that is made by another company. The goal is to find ways for companies to compete, while also cooperating to provide desperately needed supplies.

“The pledge is about having enormous manufacturing capacity,” he told us. “Ideally, what you want is two or three companies operating in each country to drive prices down. But it has to be done simultaneously done and it has to be done now… This could be a really important part of the puzzle in trying to ensure equitable access in low and middle-income countries.”

The Medicines Patent Pool has a track record of arranging voluntary licenses between brand-name drug makers and generic companies to widen access to HIV and hepatitis C medicines, for instance. Gore is hoping the organization can leverage its experience and relationships to jump start negotiations that could create voluntary license agreements for Covid-19 medical products.

In their pledge, the 18 generic drug makers maintain that they have a proven track record of successfully manufacturing generic medicines and many have previously worked with the Medicines Patent Pool to make 15 billion doses of HIV and hepatitis C medicines available and affordable in low and middle-income countries.

“The majority of brand-name pharmaceutical companies outsource significant manufacturing activity… for their drug substances and drug product requirements,” said Satyanarayana Chava, chief executive officer at Laurus Labs, which is based in India. “Global manufacturing alliances during these crisis times will certainly help governments and local health authorities… to combat the Covid-19 virus successfully.”

Among the other companies involved are several of the largest generic companies in India, including Sun Pharmaceutical, Aurobindo, Zydus Cadila, Lupin, Emcure, Macleods, Natco Pharma, and Emcure. Other participants include South Africa’s Adcock Ingram, Bangladesh’s Beximco, South Korea’s Celltrion, and Shanghai Desano Pharmaceuticals, which is based in China.

The plan emerges amid increasing concern that low and middle-income countries will lack access to Covid-19 therapies and vaccines as the wealthiest nations in the world strike agreements with drug and vaccine makers. The U.S., for instance, has signed deals worth billions of dollars with several companies to help with product development or manufacturing, as well as for sizeable purchases.

Consequently, there have been growing calls for mechanisms that can ensure Covid-19 medical products make their way to lower-income nations. Responding to such concerns, the World Health Organization last May launched a voluntary pool to collect patent rights, regulatory test data, and other information that could be shared for developing drugs, vaccines, and diagnostics.

The effort, which is known formally as the Covid-19 Technology Access Pool, is supposed to pull in technologies from a larger number of players, rather than on a drug-by-drug, country-by-country basis. The pharmaceutical industry, however, has ignored the effort, as some companies have carped at the idea of voluntarily providing patent rights, among other things.

Meanwhile, a separate WHO project called COVAX was launched with two partners the Coalition for Epidemic Preparedness Innovations, or CEPI, and Gavi, the Vaccine Alliance – to purchase 2 billion doses of Covid-19 vaccines for the highest risk populations of the world. The plan is to raise $18 billion that can be used to secure commitments that convince drug companies to allocate vaccines.

As a result, though, the Medicines Patent Pool has, so far, been left on the sidelines for vaccines. The pledge, for instance, refers to pursuing generic versions of small molecule drugs – notably, pills and tablets – as well as biologics, such as monoclonal antibodies. Eli Lilly (LLY) and Regeneron Pharmaceuticals (REGN) have both developed these sorts of treatments for Covid-19.

There is no mention, though, of vaccines. For his part, Gore explained that “what they have said to us is not ignore vaccines, but we don’t see a role for MPP, at least at the beginning. That doesn’t mean later there won’t be a role for us. Maybe later, we get a second wave of vaccines… It’s a moving target and we’re ready to be of assistance.”

Meanwhile, two global trade groups released a statement this week declaring a “shared commitment to equitable access” to Covid-19 drugs and vaccines. The International Federal of Pharmaceuticals Manufacturers & Associations and the International Generic and Biosimilar Medicines Association listed eight goals, including supporting an “effective and balanced” intellectual property framework, but there was no mention of licensing.

A spokesperson for the IFPMA maintained that several brand-name companies have increased manufacturing capacity to widen access to their therapies or vaccines to lesser-developed countries. As an example, she cited a deal between the Bill & Melinda Gates Foundation and Lilly to supply its antibody treatment to low and middle-income countries.

Earlier this year, Gilead Sciences (GILD) signed deals with five generic companies in India and Pakistan to manufacture and distribute remdesivir to 127 countries. Under the agreements, the companies can set their own prices, but will not have to pay royalties to Gilead until the WHO declares an end to the public health emergency, or until another medicine or vaccine is approved to treat or prevent Covid-19.

In a statement, Thomas Cueni, who heads the IFPMA, said his group is “not aware of any instance to date where intellectual property management has been an impediment in the global response to this pandemic.” And while he welcomed the move by the Medicines Patent Pool to broaden its mandate to include Covid-19 medical products, he suggested the effort may have its limits.

The trade group acknowledged the pledge with the generic companies may expedite production for products licensed to the Medicines Patent Pool and can create new options. But IFPMA also cautioned that manufacturing biologics may require “globally-optimized supply chains that uses other sorts of licensing and production arrangements to ensure fast and equitable access to medicines.”

Despite moves by brand-name companies, the governments of India and South Africa recently asked the World Trade Organization to waive some provisions in a trade agreement governing intellectual property rights so that Covid-19 medical products can be more easily accessed, especially by low-income countries. However, the effort has been opposed by some countries and has not yet passed muster.

The request was made after a growing number of countries began considering compulsory licenses. A country may grant such a license to a public agency or a generic drug maker, allowing it to copy a patented medicine without the consent of the brand-name company that owns the patent. This right was memorialized in a section of a WTO agreement known as Trade-Related Aspects of Intellectual Property Rights.

The pandemic has prompted several countries — including Ecuador, Chile, Germany, Brazil and Canada — to explore or expand licensing options. This has, in turn, ratcheted up pressure on the pharmaceutical industry, which has argued licensing eviscerates intellectual property rights. For this reason, the Medicines Patent Pool hopes that a coordinated effort will entice brand-name drug makers. A Brazilian lawmaker recently argued licensing is a “matter of life and death.”

“There’s a surge in calls. We need more backup,” read the text I got last week ...

Residency during the AIDS vs. COVID-19 eras

J.T. is a general internist who completed residency in Atlanta early in the AIDS...