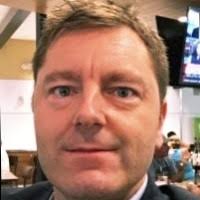 With approximately 70% of patients with Alzheimer disease experiencing agitation, increasing the need for medications that can tackle those symptoms.

A team, led by Cedric O’Gorman, MD, Axsome Therapeutics, tested AXS-05 as a treatment for reducing and reliving agitation in patients with Alzheimer disease.

AXS-05 (dextromethorphan/bupropion modulated delivery tablet) is a novel, oral, non-competitive NMDA receptor antagonist with activity on other neurotransmitter systems—sigma-1, serotonin, norepinephrine, and dopamine—that has been implicated in the cognitive and behavioral abnormalities of Alzheimer disease.

Agitation from Alzheimer disease is linked to accelerated cognitive decline, early institutionalization, increased mortality, and increased caregiver burden. However, there are no US Food and Drug Administration (FDA) approved pharmacological treatments for agitation caused by Alzheimer disease.

The researchers sought primary endpoints of the change from baseline in the Cohen Mansfield Agitation Inventory (CMAI).

The results represent a mean percentage reduction from baseline of 48% for the study drug group compared to 38% for placebo. AXS-05 was also numerically superior to placebo beginning week 2 of the trial, achieving statistical significance at week 3 (P = 0.007) only a week after full dosing of AXS-05.

The drug also resulted in a clinical response of a 30% improvement on the CMAI in 73% of the patients, compared to 57% for placebo (P = 0.005), as well as statistically significant improvements in agitation as compared to placebo on the mADCS-CGIC (P = 0.036).

There was also no evidence of cognitive decline or sedation with AXS-05.

“AXS-05 rapidly and robustly improved symptoms of agitation in patients with AD,” the authors wrote. “With no FDA-approved treatment for AD agitation, AXS-05 represents a novel approach and potentially first-in-class treatment for this condition. Statistically significant improvements in agitation as measured by the CMAI total score also translated into statistically significantly superior rates of clinical response with AXS-05 as compared to placebo. AXS-05 was safe and well tolerated in this trial and was neither associated with cognitive impairment nor sedation.”

A pair of researchers present plans to improve collaboration with other ...

Researchers are prepared a phase 3 trial testing the treatment in adults with ...