Health is the most valuable gift that one could ask for in life. Without sound health, nothing can be achieved. It has therefore been rightly said that ‘Health is Wealth’. The concept of health can be considered to be central to the medical paradigm. Since health is of the highest priority among people, especially patients, medical professionals are expected to alleviate suffering and re-establish good health. Hence, the three components of the medical paradigm, namely, health, patients and medicine are closely intertwined and inseparable from each other. 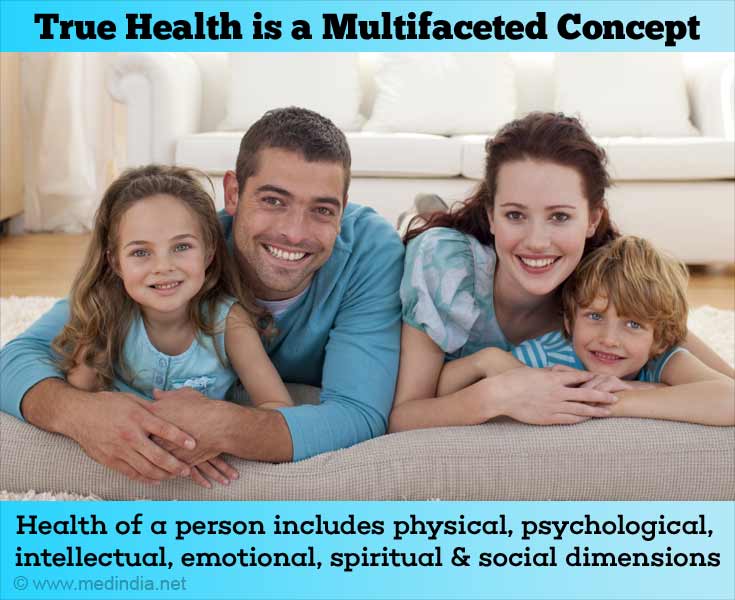 The concept of ‘Health’ has been defined differently by different individuals. For example, Florence Nightingale, the celebrated nurse, better known as the ‘Lady with the Lamp’, defined ‘Health’ as “A state of being well and using every power the individual possesses to the fullest extent.”

Alternately, the World Health Organization (WHO) defines ‘Health’ as “A state of complete physical, mental and social well-being, and not merely the absence of disease or infirmity.”

Concept of Health: A Brief History

The term ‘Health’ is derived from the old English word ‘Hoelth’ which literally means “A state or condition of being sound or whole.” Way back in 400 BC, Hippocrates affirmed that human well-being was influenced by the sum-total of all the environmental factors: living habits, climate, quality of air, water, and food. Accordingly, in ancient times, health was thought to result from the harmony among three vital components, namely, body, environment and lifestyle. Historically speaking, health and disease have been considered to be two extremes of the same continuum, with ‘Health’ at one extreme and ‘Death’ at the other – the absence of one, indicates the presence of the other.

Health and Wellness: Are they Interlinked?

The terms health and wellness are often used interchangeably. However, there is a subtle degree of difference between the two. Wellness can be considered to be the precursor of health. It is an active process involved in making choices for a healthy and fulfilling life. Wellness is achieved through a dynamic lifestyle, which encompasses various aspects, including self-reliance, physical fitness, nutritional awareness, stress management, and environmental sensitivity. It is a feeling experienced by a person about their health and quality of life. Hence, wellness can be considered to be a subjective phenomenon and for this state to exist both the body and mind have to be in an optimum state. 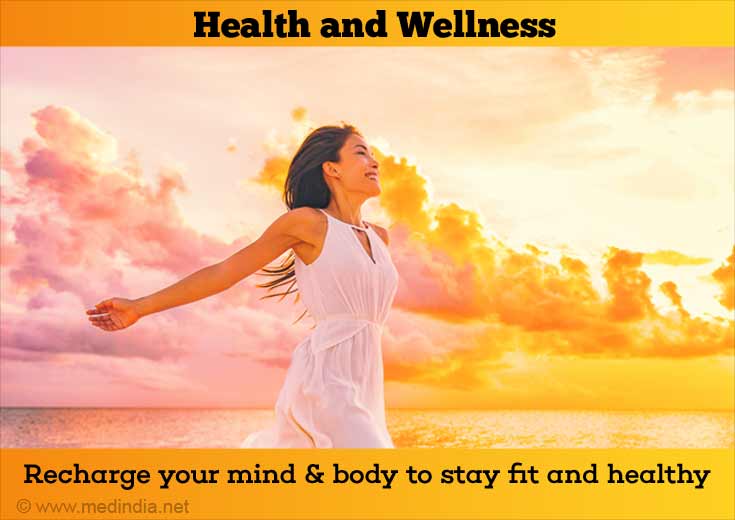 They are different concepts. Wellness means an active process of becoming aware of and making choices toward a healthy and fulfilling life. It is a process of change and growth. It is how a person feels about their health and quality of life. This is a broader term than health. These concepts are interchangeable. It is based on subjective experience (personal opinion, etc).

Health and Illness: Are they Opposite Sides of the Same Coin?

Health and illness could be considered as two sides of the same coin. Illness manifests when there is an imbalance in the vital force that governs an individual’s ability to adapt to changes in the environment. During illness, a person is unable to function optimally and efficiently, while interacting with other people, as well as the surrounding environment. The cardinal features of illness are physical deterioration, anatomical damage, and physiological malfunction. In stark contrast, during optimal health, none of these parameters are perturbed.

Disease and Illness: Is there a Difference?

Disease is a pathological process that affects the structure and/or function of a part or whole of an organism. Disease is an objective phenomenon as it is based on facts derived from diagnostic tests and is not dependent on personal opinion. On the other hand, illness is the subjective response to the disease and does not depend on the results of diagnostic tests.

The interconnection of health, illness and wellness can be represented in a triangular arrangement, with each component linked to one another, as shown in the flowchart.

Health occupies the upper portion of the triangle as it is the most vital component of life. This signifies that a person is capable of coexisting with his fellow human beings, as well as the surrounding environment in a harmonious way. In this condition of optimal health, the person is able to function physiologically and mentally at the highest level of efficiency. However, during interaction with the surrounding people and environment, the person may become vulnerable, as a result of which the physiological, psychological and social functionalities may decline.

The basic foundation of the concept of ‘Health Promotion’ is based on the Ottawa Charter for Health Promotion that was framed by the WHO and signed at the First International Conference on Health Promotion, which was held in Ottawa, Canada in November, 1986. This Charter empowers people to make informed choices for improving their health. It lays down the following 5 key strategies for promoting health:


Health, illness and wellness are part-and-parcel of everyday life that go hand-in-hand – each being dependent and influenced by the other. However, when corrective measures, such as ‘Health Promotion’ strategies are in place, achieving optimal health and wellness throughout the population could become a reality. Simultaneously, illness and suffering could be significantly reduced.

After President Trump was diagnosed with Covid-19, the nation watched intently ...