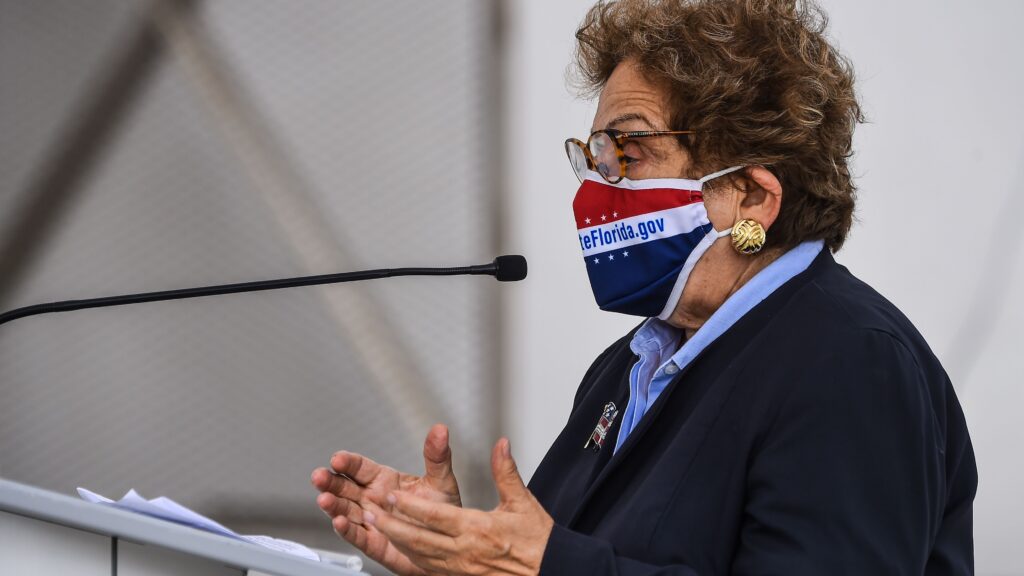 WASHINGTON — There were a whole host of candidates and issues on the 2020 ballot beyond Joe Biden and Donald Trump, and many of those races will have dramatic implications for health and science policy in America.

Will Democrats keep or even grow their majority in the House? Can they take back enough seats to claim control in the Senate? Health care and science cropped up in several of the congressional races we’re watching, too, from a House campaign on Long Island to Senate contests in Kansas and North Carolina. Plus, voters in some states were also weighing in on issues like abortion access and marijuana legalization.

Throughout Tuesday night, STAT reporters in D.C., Boston, and beyond will keep track of the results that will have the biggest implications for health policy. Check back here for live updates.

In Florida’s 27th Congressional District, Democratic Rep. Donna Shalala, the former health secretary during the Clinton administration, lost her seat amid a Republican surge in Miami and its suburbs.

Democrats didn’t take advantage of Shalala’s health policy expertise during her single term in Congress: She wasn’t assigned to any committees with health care jurisdiction, and she didn’t play much of a role in Democrats’ signature health policy initiatives, including H.R. 3, their aggressive drug pricing bill. Still, Shalala was seen as an elder statesperson on health care issues. She’ll be succeeded by her Republican challenger, the former television journalist Maria Elvira Salazar.

The Senate gets another doctor

Marshall is a deeply conservative OB-GYN who becomes the Senate’s fourth Republican doctor, joining John Barrasso (Wy.), Bill Cassidy (La.), and Rand Paul (Ky.). He made health care central to his own campaign, and has volunteered at Kansas hospitals helping to treat Covid-19 patients throughout the pandemic. He’s generated controversy, though, for past comments on Medicaid beneficiaries and for his advocacy for physician-owned hospitals. And on health policy, he was a bit of a 2020 anomaly: He campaigned on a pledge to repeal the Affordable Care Act — a position many Republicans now view as a liability.

From White House physician to congressman

Republican Ronny Jackson, the former White House physician, won a Texas panhandle congressional seat Tuesday to represent one of the most conservative districts in the country.

Jackson became White House physician under former President Obama, but rose to national prominence when he said President Trump “has incredible genes, I just assume” during a 2018 press briefing about the president’s health. Trump then nominated Jackson to serve as Veterans Affairs secretary, but Jackson withdrew from the process amid allegations about his management of the White House medical unit and about his personal and professional conduct.

Jackson won the Republican primary for the congressional seat in part by aligning himself closely with Trump.

Voters in New Jersey and Arizona opted to legalize the recreational use of marijuana for people 21 and over, joining the dozen other states that have started marijuana retail programs despite it remaining illegal at the federal level. And in Oregon, residents voted to legalize psilocybin and to decriminalize the possession of small amounts of drugs, including cocaine and heroin, while greenlighting new funding for addiction treatment and harm reduction programs.

Days before the Supreme Court will decide whether or not it will take up a case that could far more strictly limit abortion, voters in Louisiana have decided to specifically prevent the state’s constitution from being used to mount challenges to abortion restrictions in the future.

Voters in Colorado, however, decided against barring abortions after 22 gestational weeks; the state is one of the few where people who need the procedure done during their third trimester of pregnancy can find physicians who are willing to provide it.

Voters in Oregon and Colorado both voted resoundingly to establish new taxes on vapor products like JUUL. The initiatives in both states would also drastically increase existing taxes on cigarettes and other smokable tobacco products.

Voters in Oklahoma also rejected an initiative that would have diverted tens of millions from the state’s tobacco trust fund to fund expansion of the state’s Medicaid program. The initiative was opposed by tobacco control advocates including the American Cancer Society Cancer Action Network and the Campaign for Tobacco-Free Kids.

In Virginia, a Democratic doctor falters

Cameron Webb, a physician running as a Democrat in Virginia’s 5th Congressional District, conceded his race early Wednesday to Bob Good, a Republican. Webb ran a health care-focused campaign in the largely rural district, but didn’t endorse “Medicare for All,” a hallmark of many more progressive Democrats’ 2020 campaigns. Had Webb won, he would have become the first Black doctor to serve in Congress (other than non-voting delegates).

Nystrom’s race, which was laser-focused on the issue of high drug prices, did not attract the national attention of other drug pricing-heavy races, like the effort to unseat Republican Sen. Thom Tillis in North Carolina, which is still too close to call. But Nystrom’s defeat is an early, albeit small, sign that drug pricing was not the animating issue activists had hoped it would be this election cycle.

STAT Plus: New research maps out the nutrients that fuel a beating heart

The heart needs a steady supply of oxygen and nutrients to keep beating — but ...

STAT Plus: Up and down the ladder: The latest comings and goings